The Morning After [The Oscars] 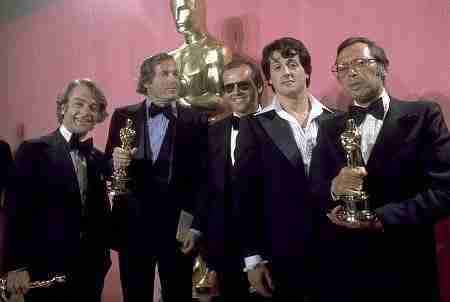 Some scenes from last night’s part following the Academy Awards: Actor-writer Sylvester Stallone, sitting quietly at a table at the Beverly Hilton, staring vacantly at couples on the dance floor.

Stallone, gracious but unable to conceal his disappointment that although his movie ‘Rocky’ had won best picture and best director awards and he had come away empty-handed.

“Sure,” said the Italian immigrant’s son. “I felt bad at first. To come this far and then not make it. But then I thought to myself – ‘best picture’! That meant that “Rocky” was considered better than all the others. That’s pretty damn good. I’ll make it,” he promised. “Just give me 18 months and I’ll be back.”